IN THE WEB ERA
A PAPER MAGAZINE

Scomodo is the biggest under 25 editorial staff of Italy.

Around the editorial office a world of ideas,
opinions and hopes that become projects
concrete with the aim of affecting,
build alternatives and prove that a
change is not only necessary, but possible! 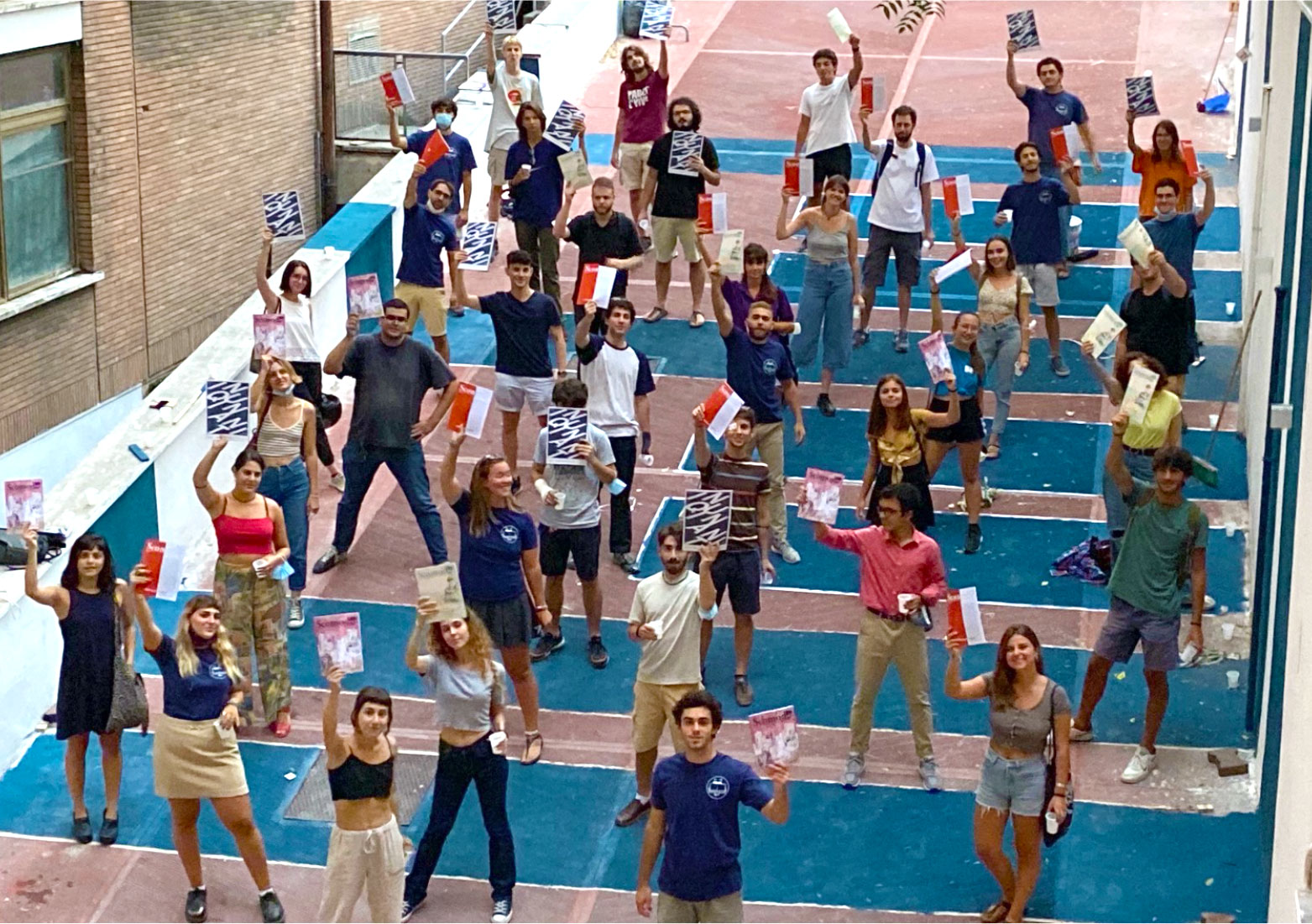 The idea came to two boys from Rome, Tommaso Salaroli and Edoardo Bucci, in the summer of 2016: to create a periodical that is not just an editorial project but a real cultural movement. From this idea was born Scomodo, the largest under 25 magazine in Italy: up to now 1000 girls and boys involved, 315,000 printed copies, almost 280,000 distributed for free. A reality in constant ferment that landed after Rome also in Milan, Turin and Naples. 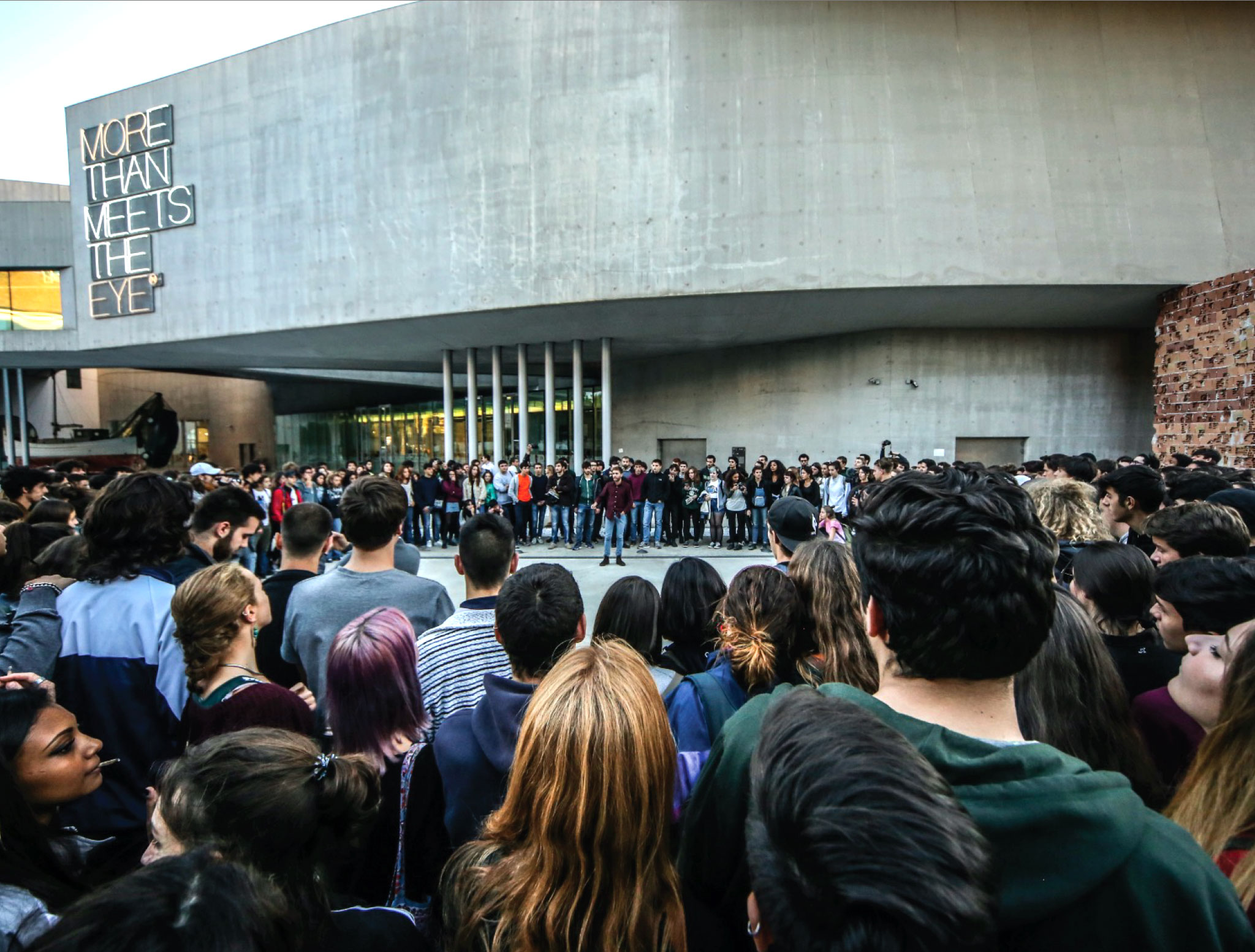 The entire project is based on slow, critical and independent information. The monthly magazine is the main editorial activity of Scomodo and its beating heart. Consisting of three sections (News, Culture and Il Plus), about 70 editors participate in its drafting every month and at least 15 illustrators and graphic designers. Some covers bear the illustrious signatures of Zerocalcare, Altan, Pablo Delcan, Makkox, Vauro and Fabio Magnasciutti.
Furthermore, on an annual basis, Presente is produced and distributed, the only paid publication by Scomodo, consisting of one or more volumes, with which an attempt is made to unhinge the narrative on the younger generations, always labeled as “the future” but denied of a current dimension.

Scomodo is also independent from an economic point of view and is mainly financed through subscriptions and social and cultural events. But not only: over the years Scomodo has established relationships with various realities such as Banca Etica, Greenpeace and Treccani, thanks to which some targeted in-depth editorial projects have been created.

Among the initiatives in the area organized by Scomodo, the most significant are the Notti Scomode: white nights of culture to finance the newspaper and expand its number of readers. Set up in the abandoned places of Rome, they manage to put thousands of girls and boys in relationship in usually inaccessible or forgotten places which, thanks to an intense redevelopment work, return to have – at least for one night – a social and cultural function.
In 4 years, 63,000 people have been involved in over 350 initiatives: the cycle of conferences on topical issues Roma Respira, the two documentaries Voci della Metropoli, the Orfico avant-garde electronic music events, the initiatives in the Sparks parks, the Scomodays, and various presentations in high schools, faculties, spaces and festivals throughout Italy, as well as in Cannes, Zurich, Krakow, London, Madrid and Warsaw.
In addition to all the activists and activists, Scomodo has involved over 300 artists, notoriuos and emerging, in the realization of cultural events.

Despite the health emergency situation in which our country finds itself, Scomodo did not stop and in the summer of 2020 it opened in Rome La Redazione, a multifunctional space open to the city, within the Spin Time Labs urban regeneration site.
About 1300 volunteers took part in the construction of the space in two years.
Furthermore, the project continued to structure and grow during the pandemic. It involved over 200 editorial staff and activists in the drafting of the monthly and local activities, and continued to ensure that the initiatives were carried out online, and when possible in person.